Click the link below to read my most recent article for The Business News, or read the text that is copied below: 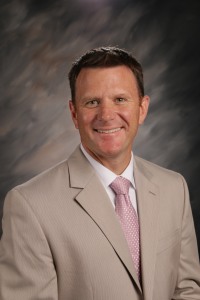 When Brett Davis, President and CEO of Aspirus Arise, addressed a group of young professionals from the Marathon County United Way Emerging Leaders last month, it wasn’t sales and dollar figures that he discussed, but rather the importance of culture. “I want Aspirus Arise to be the best health plan in the nation,” Davis declared. “That is my vision.”

In order to accomplish that vision, “it’s important to own your culture,” Davis explained. “Culture is king and it matters. In the Fall of 2016 Aspirus had a terrific speaker at a retreat and he said something that resonated with me – you either have a culture by default or design, but either way you will have a culture. Make it the one you want for your organization.” At Aspirus Arise, they focus on the tenets of customer focus, individual responsibility, mutual respect, and passion as the centerpiece of their culture. “Growing out of two organizations, we’ve had to merge the culture of a health system and a health insurance company, yet define our own,” Davis discussed when talking about how Aspirus Arise was formed. “We’re very proud of what we have done so far. As a leader of an organization, it is very important to also look at your own behavior and ask – am I living up to the words I am talking about? If you are not adhering to your own standards, those that you are leading will not be living that culture.”

It has been this culture that has helped leaded the Wausau based Aspirus Arise to a solid first year sales performance with 59 groups already signed up and a total membership of around 15,000, which Davis fully expects to grow throughout the year. This is important considering, Aspirus Arise “is at the cutting edge across the country,” Davis revealed, referencing the unique partnership between Aspirus and the Arise Health Plan. “I’m fascinated to see how it is going to stack up against other plans.”

His journey to the helm of the now year old Asprius Arise was a whirlwind of unique positions and opportunities, all centered on public service. After graduating from the University of Wisconsin – Oshkosh, he served as a legislative aide for State Representative Mike Powers before becoming an advisor to Governor and later Secretary of Health and Human Services Tommy Thompson. From there he launched his own political career, serving three terms in the Wisconsin State Assembly and then as Wisconsin’s Medicaid Director under Governor Walker. It was that last experienced that positioned himself perfectly for a Vice President role at WPS Health Solutions, holders of the Arise Health Plan, and ultimately the President and CEO role when Aspirus Arise was created.

Aspirus Arise’ goal is to promote good health in Wisconsin, while keeping the costs down, with this unique local collaboration between a health insurance company and a health care provider. In addition to that cooperation, they are utilizing some creative strategies to do just that. At their core business, they offer individual marketplace, small group, large group, self-funded plans in the 16 counties that make up north-central Wisconsin. Yet, it is everything else that they plan to do, which they hope sets them apart. Population health management is one of their focus areas and it involves keeping people out of the hospitals by giving them the tools they need to take care of themselves. This concept is becoming popular nationwide, but Aspirus Arise is using analytics to make it happen. Their Health Analytics Management (HAM) team is “going on the offense,” according to Davis. “We’re trying to build a system of healthcare not sickcare by discovering over and under-utilization and adjusting our offerings accordingly. In order to do that we’re engaged in the community and taking a proactive approach.” This means teaching people what their medical numbers truly mean and doing outbound calling when necessary for prevention.

Davis offered some other wisdom that he’s learned throughout his years of public service that he’s now applying to Aspirus Arise.

“Speak truth but don’t burn bridges,” Davis imparted on the group as he discussed the importance of being candid but understanding that people receive messages differently. “I use to laugh at personality tests when I was younger, but they help. It allows you to adjust your approach based on the best way to communicate with someone.”

“Have a mindset of continuous improvement,” Davis said. “It’s important to understand that nobody is perfect but try to do a little bit better all the time. That’s one thing that we’re doing at Aspirus Arise, by recognizing strengths as well as what people are not as good at and making a plan to constantly improve.”

Beside coaching 4th grade girls’ basketball for his daughter Audrey, Davis still has “the public service bug” and feels that his role at Aspirus Arise is carrying out that mission, by helping people throughout central Wisconsin get the best possible health coverage.