Pressure to take action on the wolf issue is once again on the doorsteps of Congress. What the outcome will be is anyone’s guess but it increasingly looks like they will take action. This is great news for anyone that realistically understands that wolves in Wisconsin, and elsewhere, need to be managed. For others, their disillusion to think that wolves haven’t recovered until they roam the streets of Milwaukee, Madison, Chicago, and Minneapolis are foolish and have now set a dangerous precedent. Congress shouldn’t need to be involved in removing wolves from the Endangered Species Act. Science should and clearly shows that they have recovered and established a viable, sustainable population in the Great Lakes region. Unfortunately, now Congressional action is the only way to take action because scientists are fighting over this issue (with most supporting removing them from the Endangered Species List) and making it political rather than relying on the science that is telling them that the wolf recovery has been an astounding success. 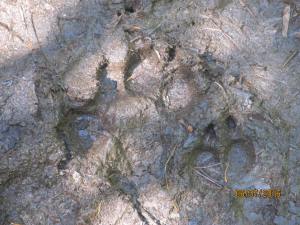 For two years, I had the pleasure of covering the Wisconsin Wolf Committee for Wisconsin Outdoor News. This body was designed to provide recommendations to Wisconsin’s Natural Resources Board on how to effectively manage wolves at the state level in Wisconsin. There were a wide variety of opinions, but I believe they had a practical, pro-active approach to managing the growing wolf population in Wisconsin. Unfortunately, when wolves were returned to the Endangered Species List this committee was essentially disbanded. With ongoing pressure to remove wolves once again from protective status, my guess is that this committee will be quickly reinvigorated. Hopefully, I’ll be there covering their progress once again.

This article is one of my early ones covering the committee: